Early October Van Oord has ordered a new offshore installation vessel to further strengthen its market position in offshore wind. The jack-up vessel can operate on methanol and install up to 20 MW wind turbines at sea with a very low CO2 footprint. The investment is in line with the increasing global demand for offshore wind farms. The ship is expected to enter the market in 2024.

Offshore wind is a key contributor to achieving climate change targets around the world. Since its initial involvement in wind farm installation in 2002, Van Oord has become a frontrunner in this industry. In the Netherlands, Van Oord was one of the first offshore companies (first time mover) to invest in Offshore Wind. As a result, Van Oord makes a significant contribution to the transition to sustainable energy in the Netherlands. It has also been involved in projects including the Princess Amalia Wind Farm, Eneco Luchterduinen Wind Farm, Gemini, Borssele III & IV, and this will be followed in the next few years by Hollandse Kust (North). Van Oord also operates outside Europe, including as an EPCI contractor (engineering, procurement, construction and installation) for the Sofia Offshore Wind Farm being built on the Dogger Bank in the middle of the North Sea.

Since 2002, Van Oord has contributed to the installation of a cumulative renewable energy capacity of 14.5 GW. That represents 40% of the total installed capacity of approximately 35 GW of offshore wind worldwide at the end of 2020. In 2020, Van Oord worked on and completed offshore wind projects that provide sustainable energy to more than 2.5 million households. The demand for offshore wind farms remains high. The European Union aims to install 300 GW of offshore wind capacity by 2050, and worldwide this is expected to be 2000 GW of offshore wind energy. In the Netherlands, the goal is to realise 20 GW up to 2030 and another 20 GW of offshore wind energy in the next decade. Wind turbines at sea are also rapidly getting bigger. In 2002 there were wind turbines of 2 MW, nowadays turbines of 14 MW are installed. The rotor blades are already well over a hundred metres long and the transport and installation requires larger ships. Van Oord is investing in a new vessel to transport and install the next generation of 20 MW wind turbines.

“This investment prepares us for the increase in scale in the offshore wind industry and allows us to maintain our leadership position.”

Van Oord has everything it takes to make wind energy more competitive as an energy source. As an EPC contractor (Engineering, Procurement and Construction), Van Oord sees to the entire process from design to construction and completion. It also provides T&I projects (transport and installation) and other services, such as scour protection and inter array cable and export cable installation. The new 175-metre offshore installation vessel will be purpose-built for the transport and installation of foundations and turbines at offshore wind farms. With a top-class crane - supplied by the Dutch company Huisman - it can lift more than 3,000 tonnes. The vessel has an advanced jacking system. Four giant legs, each measuring 126 metres, allow the vessel to be jacked up and work in waters up to 70 metres deep. This investment is part of a EUR 1 billion fleet investment programme over the next 5 years. In December 2020, Van Oord had already ordered a new green cable-laying vessel at VARD in Norway. 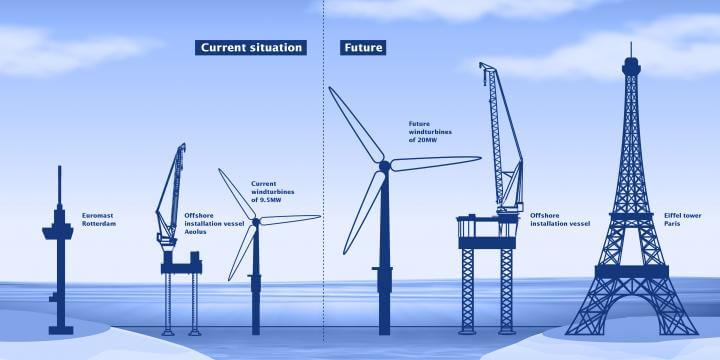 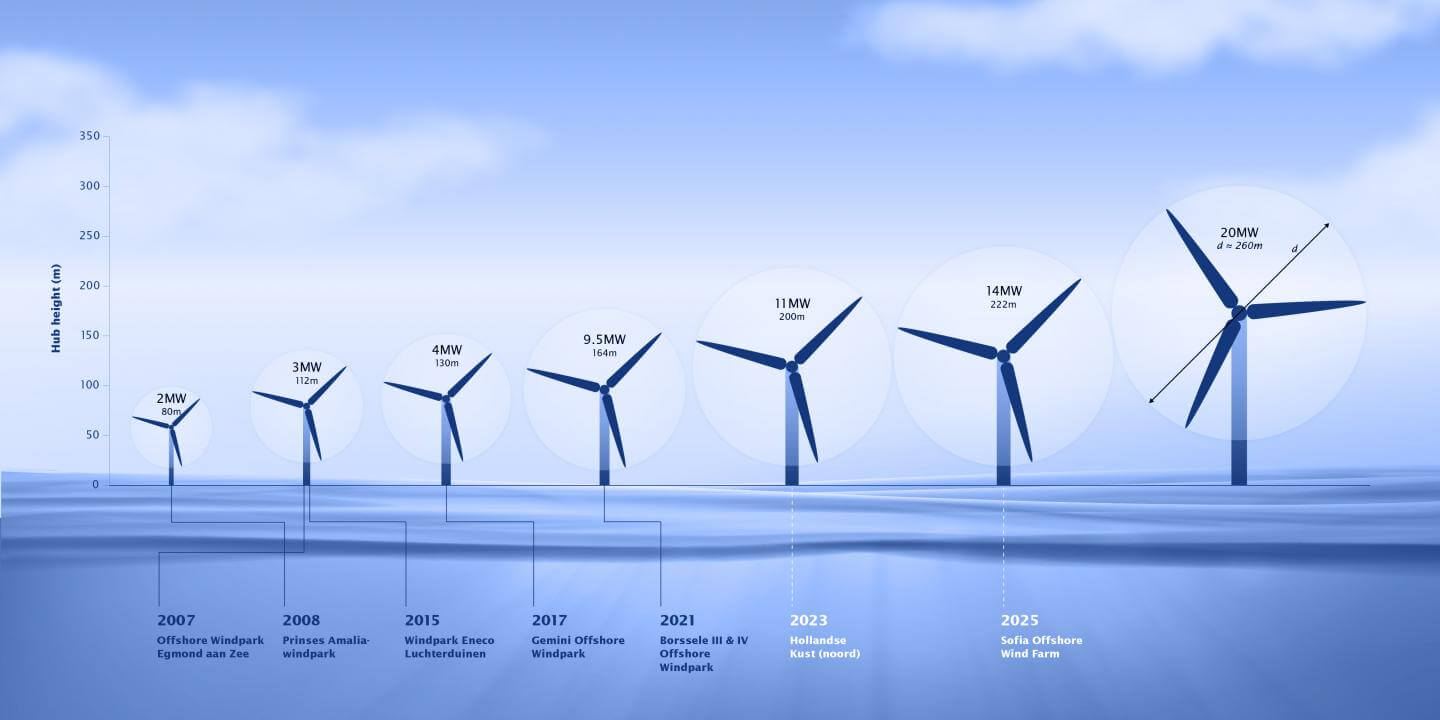 Read more about energy transition in the Rotterdam region.

Van Oord is committed to reducing CO2 emissions and to becoming carbon-neutral by 2050, in line with the Paris Agreement. This investment is an example of the energy transition within the company. Marine fuels are becoming cleaner and, thanks to cleaner engines, emissions are reduced. Van Oord has already ordered three LNG-fuelled trailing suction hopper dredgers, which will be completed in 2022. The new installation vessel will be able to run on the future fuel methanol. Running on methanol, reduces the ship's CO2 footprint by more than 78%. In addition, the vessel will be equipped with an advanced active emissions control technology (Selective Catalytic Reduction) to reduce the NOx emission to an absolute minimum. An installed 5,000 kWh battery pack can take the peak loads and regenerate energy to reduce the fuel consumption (and corresponding emissions) even further.

The vessel is being built by the Yantai CIMC Raffles Shipyard in China. The design is by Knud E Hansen. Components such as the Huisman crane and other technical systems are delivered to the yard by the various suppliers and integrated on site. The ship is expected to enter the market in 2024 and will work under the Dutch flag. Van Oord has also taken an option on a second vessel. 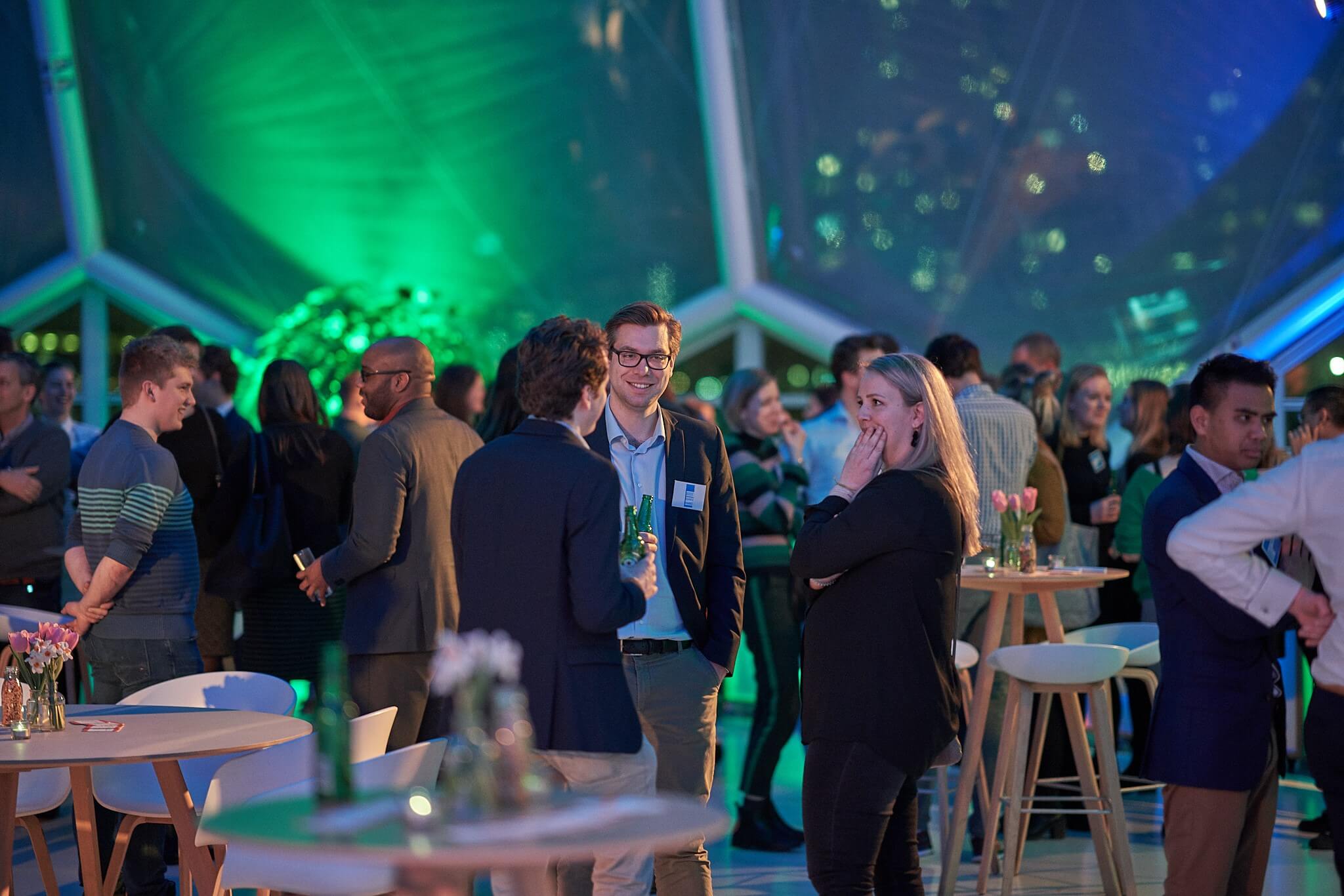